Photo by Justin Tsucalas and food styling by Lisa Cherkasky; for The Washington Post

These delightful, single-serve treats bring the essence of both sweet potato and pecan pies together in pudding-cup form, with creamy, cinnamon-scented, whipped sweet potato that gets topped with crunchy, brown sugar-kissed pecans. With no crust involved, and a subtle amount of maple syrup and butter, these healthful cups are a cinch to make.

Meanwhile, bring a small saucepan of water to a boil and add the potato. Cook at a rapid boil until tender, about 10 minutes. Remove from the heat and drain.

Transfer the potato to a large bowl and add the maple syrup, milk, egg, butter, vanilla, 1/4 teaspoon cinnamon, and 1/8 teaspoon each nutmeg and salt. Using an electric mixer, beat the mixture until creamy, about 2 minutes. (The mixture will be somewhat soupy and bits of sweet potato will remain visible.) Evenly divide the mixture among the prepared ramekins.

In a small bowl, toss the pecans with the brown sugar and the remaining pinches of cinnamon and salt until combined. Sprinkle the pecan mixture on top of the sweet potato in the ramekins. Place the filled ramekins on a large, rimmed baking sheet and bake, 20 to 25 minutes, until the ramekins are set in the middle and the topping is browned. Let cool for about 5 minutes before serving. 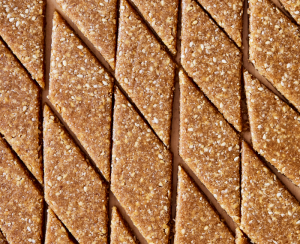 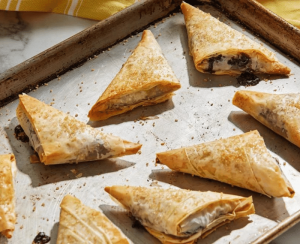