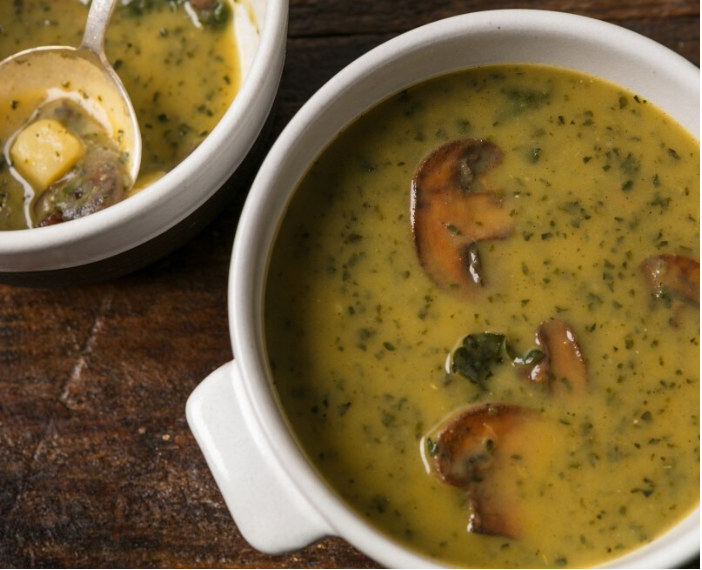 This version of caldo verde, the traditional Portuguese soup, uses mushrooms coated in smoked paprika for meaty flavor, instead of the typical smoked sausage.

Heat half the oil in a large pot over medium-high heat. Once the oil shimmers, add the mushrooms and cook for about 12 minutes, stirring occasionally, until they have released their moisture and become well browned. Remove from the heat just long enough to stir in the smoked paprika, cayenne pepper and 1/4 teaspoon of the salt, then transfer the mushrooms to a plate.

Return the pot to medium-high heat. Add the remaining oil and the onion; cook for 3 to 5 minutes, stirring occasionally, until the onion has softened. Stir in the garlic and cook for 30 seconds.

Add the diced potatoes and broth; once the mixture begins to boil, reduce the heat to medium-low and cook, uncovered, for 20 minutes or until the potatoes are tender.

Add about three-quarters of the kale and cook for about 3 minutes, or until it is wilted yet still a vibrant green. Puree with a stick (immersion) blender directly in the pot, or in batches in a regular blender (center knob of the lid removed and covered with paper towel) until smooth, with small flecks of kale. (If you wish, reserve a few pieces of potato before pureeing, and add them to the finished soup.)

Increase the heat to medium; once the pureed soup begins to boil, stir in the remaining kale, the cooked mushrooms, the remaining 3/4 teaspoon salt and the black pepper. Cook for about 3 minutes, until that kale is wilted. 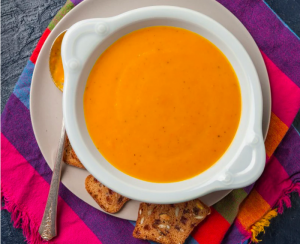 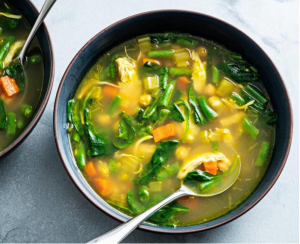