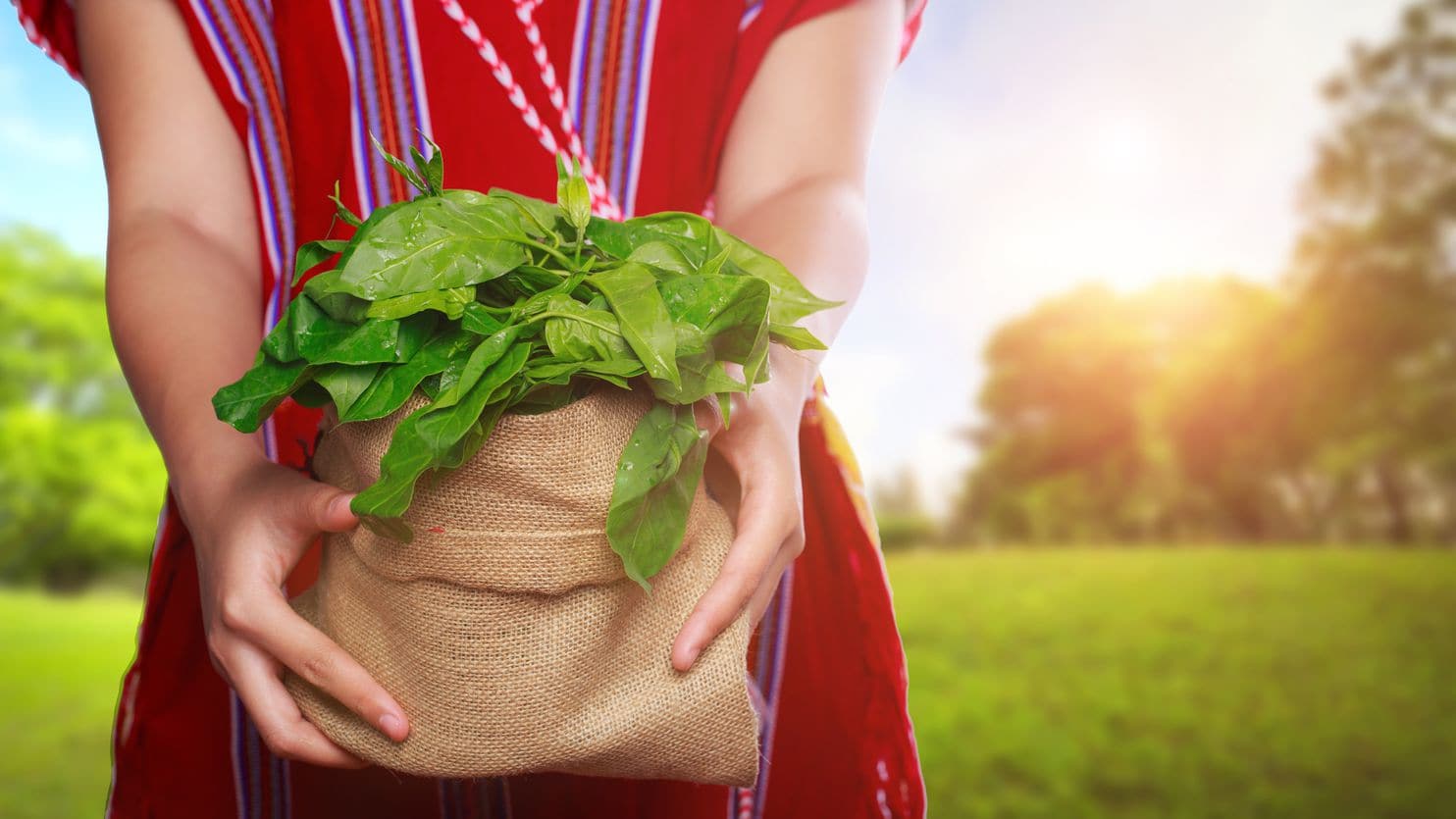 If it feels like your sweet tooth has control of you rather than visa-versa, there’s an age-old but newly promoted herbal remedy that might help you turn that around: gymnema sylvestre. Though marketed a bit overexcitedly — one supplement manufacturer claims it is able to “stop sugar cravings in seconds” — gymnema is actually a plant with some long-standing credentials. (It differs from saffron, the active ingredient in the appetite-suppressing lollipop that Kim Kardashian was recently criticized for promoting.) Gymnema leaves, chewed or brewed into tea, have historically been used in Ayurvedic (traditional Indian) medicine as a way to reduce blood glucose and decrease sugar consumption. Studies show that gymnemic acid molecules have a structure similar to that of glucose, making them just the right fit to occupy the sweet receptors on the tongue, blocking sugar from doing so, and therefore blunting sweet taste. The effect, at least in the short term, is to make sugary foods a lot less appealing.

Gymnema is being studied for its potential as a drug for treating diabetes and other metabolic disorders, and preliminary results are promising. In these trials, intakes ranging from about 200 to 400 mg of gymnemic acids have been shown to reduce the intestinal absorption of glucose and increase the production of insulin. That does not mean gymnema is a recommended way to treat high blood sugar at this point. Yehuda Handelsman, an endocrinologist in clinical practice and medical director of the Metabolic Institute of America, says, “Gymnema has not been adequately studied or evaluated for efficacy and safety” in treating high blood sugar. We don’t know what the proper dose is, its side effects, or interactions with other medications, to name a few pending questions. So I’d stay away from the pill form — sometimes marketed as “blood sugar support” — because it’s difficult to gauge the impact it could have on your body. For one thing, it’s possible the pills could cause dangerously low blood ­sugar.

If you’re someone who would simply like to see whether gymnema works for you to tame sugar cravings, you can find gymnema leaves, teas and liquid supplements online, though they are often described as bitter. I decided to try gymnema in the form of a lozenge called Sweet Defeat, whose bold assertion that it could “stop sugar cravings in seconds” is the kind of statement that sets off my fake-o-meter. Because each lozenge has a small amount (2 mg) of gymnemic acids, extracted from about 15 of the plant’s leaves, Handelsman says “they would most likely not be dangerous.”

The circumstances for my trial couldn’t have been more perfect, because my daughter was making brownies for a school fundraiser that night. I warned her I had to eat at least one — in the name of science. After savoring half of a deliciously fudgy brownie, relishing its rich, sticky-sweet flavor, I popped a Sweet Defeat in my mouth. The tiny lozenge tasted powerfully minty with a cooling, almost numbing, effect — kind of like a doubly strong Altoid. I noticed a hint of bitterness, but the mint flavor overrode that.